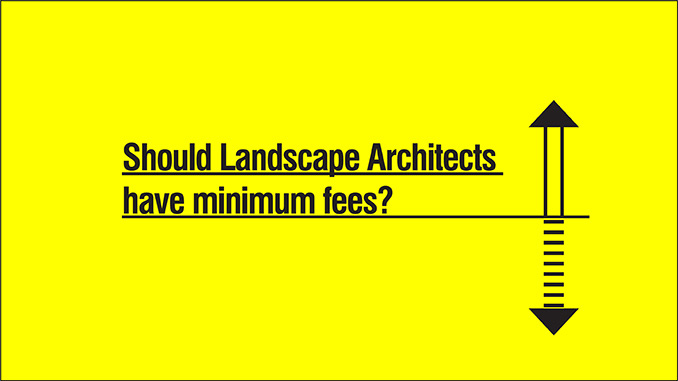 This blog post caused some interesting discussion but less about the topic and more about the act of discussing minimum fees. Depending on the which country you are located and the legal frameworks and legislation around fees it is advised that you seek legal advice prior to undertaking any discussion public or private. My preferred alternative is for the profession to concentrate on promoting landscape architecture and the value you bring clients, the public.

Providing a minimum fee scale may provide some comfort that we are “all playing on a level playing field” but it may only work for short period of time as eventually some landscape architects will charge less than the minimum due to a lack of work or working for smaller profit margins due to smaller firm size or outsourcing work. This would lead to landscape architecture or government organisations having to enforce the minimum fee regulations which in turn would create administration and costs that many organisations are not willing to bear. The alternative is for organisations and firms to work towards promoting the profession and the value it brings rather than policing the infighting over minimum fees. We all need to get more involved in providing more education and promotion to the public and clients about the value of landscape architecture and in turn, this will enable us to charge fees that are commiserable with the services we provide.

DISCLAIMER: This post is for educational purposes only. The content is intended only to provide a summary and general overview on matters of interest. It’s not intended to be comprehensive, nor to constitute advice. You should always obtain legal or other professional advice, appropriate to your own circumstances, before acting or relying on any of that content. This advice is general in nature.

As a followup to my last post on Landscape Architects leading projects it seemed appropriate to look at the challenges that landscape architects face as they start taking more of a role in managing teams and clients.

As landscape architects take the lead more and more the start to lead teams that include architects, engineers, artists, designers and this brings with some challenges especially for small landscape firms. This includes managing teams and ensuring that the clients brief is met along with understanding the issues, constraints and opportunities these projects present.

Over the past decade, we have seen landscape architects moving out of shadows and increasingly leading projects from residential developments, placemaking, urban design and climate change initiatives including Resilient by Design projects or reimagining a city precinct or leading a conservation and tourism plan. The profession of landscape architecture has increased in profile and also influence in designing cities and places.

The shift from being hired last to being hired first is great for the profession, however, we need to harness the energy of this shift to improve the profession and also increase our influence on shaping the built environment. There are numerous changes and movements occurring including smart cities, increasing urban density, water shortages, social inequality, climate change that we need to voice our opinions to ensure that the cities are changing for the better.

This week the protests continued in Turkey which began with the outrage at the privisation of Gezi Park, it is becoming clear that public open space is an issue that will always spark citizens to go into action to save their cities spaces.

The Gezi Park example is a extreme case but all over the world as state and city governments attempt to raise revenue they are turning to development of public open space as it is one of the only assets that many cities have remaining due to privitisation of services (utilities, education, health, transport).

There are some successful situations of private developments providing public open space in cities such as Hong Kong, there will always be a need for public open space for recreation and civic or cultural events. These whoever are usually small in scale to the large cultural spaces such as squares, local and regional parks. However, it seems many governments are overstepping the line by turning public space into private space whether this is leasing a local park or garden for a wedding or the extreme of developing a whole park or square for private use.

Public open space (parks, gardens, squares, etc) provide space for citizens and visitors to relax, recreate, meet and communicate and also to experience nature, culture and human connections. A lack of programmed and unprogrammed public open space creates soulless cities as landscape architects we need to push for public open space and rally against the push for privitisation of public spaces.

Footage from the RC drone that was shot down by police [HD] from Jenk K on Vimeo.

What I read that was interesting this week
Building Hyperdensity and Civic Delight | Design Observer | Vishaan Chakrabarti
“Sound urban development is the lynchpin of the hyperdense environment. Yet public advocacy for high-density development is extraordinarily low, primarily because its merits are misunderstood.”

Five Robotic Bike Parking Systems That Solve an Urban Dilemma | Gizmodo
Maybe New York should have looked at these first for citibike?

Atkins to develop Eco-Low Carbon Urban Planning Guidance in China
Funnily enough I was contacted by another group of companies to join this commission but they didn’t get it. Be interesting to see what Atkins develops and if its published publicly. I hope its more ‘practical’ for governments and developers rather that another dust collector.

5 Ideas Apple Gleefully Stole From Google, Twitter, and Microsoft | Fast Co Design
When I saw iOS 7’s new icons and features, I instantly thought they had Android and Windows features came straight mind. As for the new Mac Pro it is a disappointment and I think that they will have to develop a rack option for digital studios and heavy users as a cyclinder is not really an efficient use of space. I have used used desktop macs back in Australia including a G4 and G5 Macs including the ‘cube’ which cracked and overheated. There will always be discussion about Apple’s designs but I hope Apple continues to innovate.

Asian universities are leaping up the league tables, but China is getting left behind
Personally, I think there is a shortage of qualified and experienced staff to join the many new universities opening in China. This problem will be solved over time but there will a period of transition. There is transition occuring in every industry in China as the national focus turns from looking out to to looking in. Interesting times ahead. 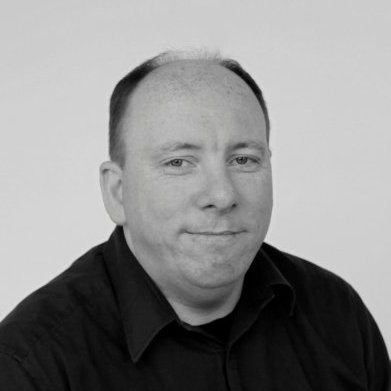